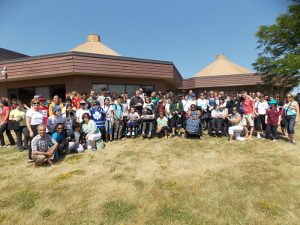 In late June, Youth Bocce Canada sponsored the Jubilee of Mercy Retreat for secondary students from the York Catholic District School Board.  The retreat was a fun-filled day that included several events, activities and a Mass. It took place at Seneca College’s King Campus and approximately 180 students with Developmental Disabilities attended.

The day began with Mass celebrated by Father Michael Corcione of St. Peter’s Parish.  A number of students from various York Catholic secondary schools participated in the Celebration of Mass as readers and gift bearers. The service moved students and staff alike, as it highlighted the importance of mercy. Umberto DiNicola, a student from Holy Cross Catholic Academy presented Father Michael with a personalized artistic work in thanks for the celebration of Mass.

The Mass was followed by a nature walk down to the Outdoor Education Centre. Students were greeted by the sounds of the band, “Superfire.” Students and staff enjoyed dancing.

“This is my first concert!”, exclaimed one of the students as she posed for pictures and excitedly asked the band members for their autographs.  Lunch and outdoor activities were enjoyed by all in the afternoon.

The success of this event is due in part to the committee organizers at the Board, as well as Lee Prioriello, and sponsors, Youth Bocce Canada. Prioriello is a champion for students with developmental disabilities. He has organized and encouraged York Catholic students to participate in a number of activities through Youth Bocce Canada for individuals with disabilities both locally and internationally. 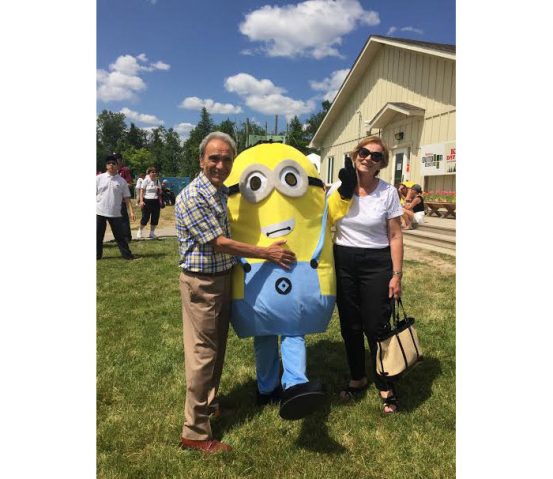 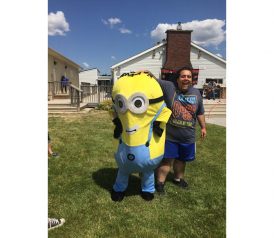 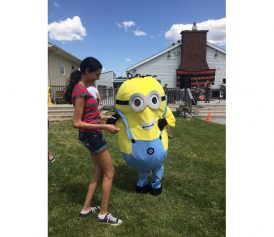