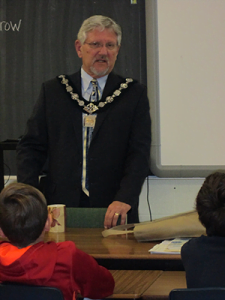 Richmond Hill Mayor, David Barrow visited St. Anne Catholic Elementary School on October 18th, 2016 and spoke with Grade 5 students about the role of government and responsible citizenship, which coincides with what they are learning in their social studies class.

The mayor shared a great deal of information about his role and responsibilities, and described some of the growth that Richmond Hill has experienced in the past few years. The students asked the mayor many questions both personal and political, including the meaning behind the chain he wears, and about his duties as the town’s top official. The students were especially pleased to learn that the mayor’s favourite sport is hockey and that he supports the Toronto Maple Leafs! The mayor was particularly impressed with the emphasis our school places on developing the Catholic virtues within our school community and encouraged them to continue to always be kind to others! 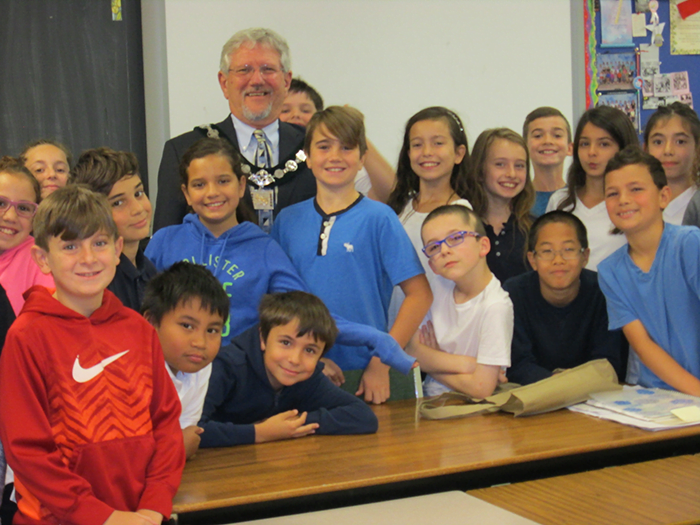