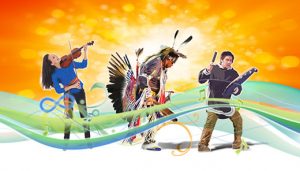 For centuries, many of the first inhabitants would celebrate the arrival of the warm weather and the pleasures of the summer solstice. The summer solstice is the day of the year with the longest light. June 21, the first day of summer, has been chosen as National Indigenous Peoples Day! In 1996, the Governor General of Canada, Roméo LeBlanc, proclaimed it National Aboriginal Day! It’s an opportunity for everyone to celebrate the cultural richness and contributions of First Nations, Inuit, and Métis peoples. In 2017, the Prime Minister announced the day would be renamed National Indigenous Peoples Day.

Click on the circles in the presentation for more information.