The population in York Region has continued to climb over the last several years. The population in 2006 was 932,000, in 2011 grew to 1,065,500, and is expected to reach 1,200,000 people by 2016. This is anticipated to increase to 1,500,000 people by 2031. While there is significant growth through various residential forms, the demographic shifts currently being experienced throughout the nine municipalities have had, and will continue to have, an impact on the Board.

Despite the overall growth in the Region, over the last few years the Board has experienced various changes in enrolment, including a yearly decline in the Elementary panel, mainly due to the high outgoing grade 8 class sizes and the lower number of JK students replacing them. Elementary enrolment growth is expected to continue to decline due to decreasing JK class sizes, as a result of both decreased student yield from new development and a decreasing share between the YCDSB and the YRDSB. 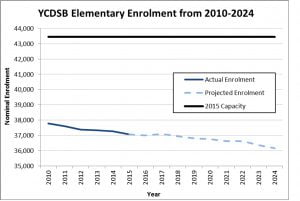 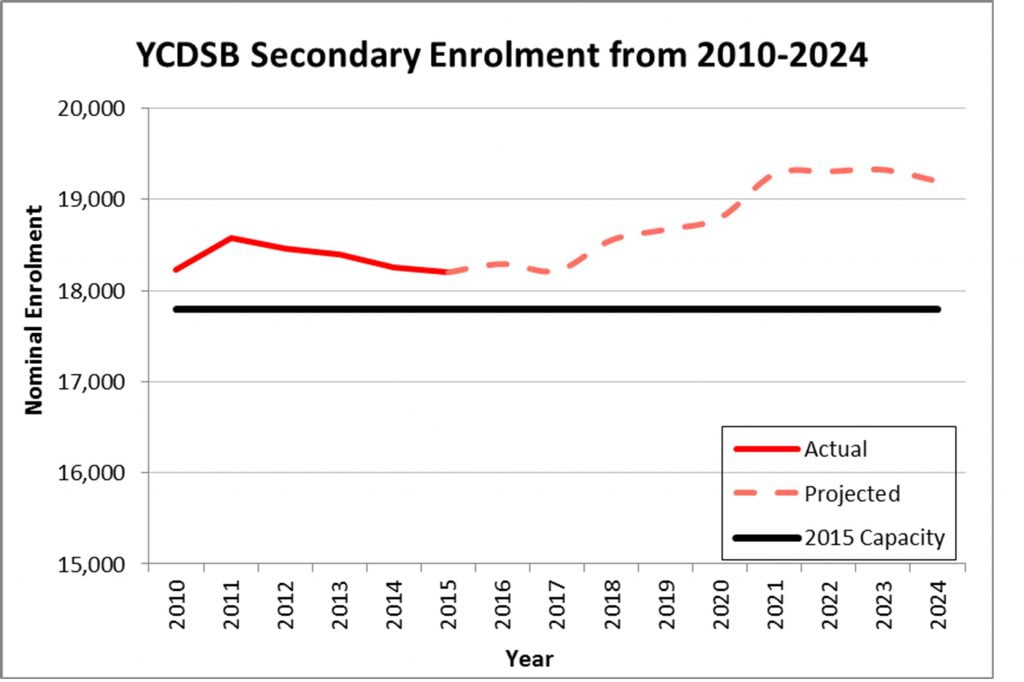