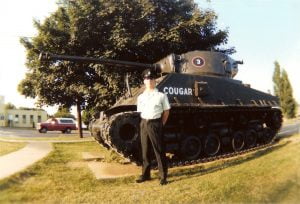 He was known as Corporal Ricard amongst his colleagues in the army. Now, he is known as Mr. Ricard to his students at St. Brother Andre Catholic High School. With Remembrance Day fast approaching, Brian Ricard reflects on his time in the armed forces as he shares his experiences with eager students. “Remembrance Day to … END_OF_DOCUMENT_TOKEN_TO_BE_REPLACED